Surely it is difficult to earn the faith from all classes of the people a constituency including a common man to the Prime Minister. One can say that Mr. C.R. Patil, (Chandrakant Raghunath Patil) has been blessed with this fortune. Patil has many identities: the present President of Gujarat BJP, leader with stronghold over common people, a journalist, a social worker and a winner with the maximum votes in Lok Sabha elections in the state. He is a leader with difference.

It is also an amazing thing that being on a top most position as the Party Chief in the State of Gujarat, Mr. Patil’s office-doors are always open for the party workers, be it a common man or a `crowd of people. He answers them, and replies their queries on internet as well. You can never imagine him avoiding people! You can say that he is ‘Always Easy Approachable BJP-Chief’. Without any kind of hypocrisy, he meets all people. You can say that, he has gained this tenderness because he does not believe in VIP Culture! This is why, even a small thing of a minor Party Worked is listened to by him.

He is staying with his wife Smt. Ganga and one son and three daughters.


Mr. Patil was born in Pimpry Akaraut village near Jalgaon in Maharashtra in the family of Raghunath and Sarubai Patil on March 16, 1955; and came to adjoining state Gujarat when his Police Constable father migrated to South Gujarat in 1951. One can say that the states were one at that time, therefore we can say that the Patil family had migrated from once place to another in the same state.

Mr. Patil began a Gujarati Daily named ‘Navgujarat Times’ in 1991, but before he enters into Journalism, he was handed over the responsibilities in his Party.


Mr. Patil knows Gujarati, Hindi, Marathi and English languages. Though he studied ITI at Surat, and joined Gujarat Police in 1975, but all the time he was thinking to do something new in life. His desire to work for the mass pulled him into Politics, where he is today as BJP Chief for Gujarat, initiating from the Treasurer at Surat BJP Committee


Mr. Patil studied ITI at Surat, and then he worked at some places; but he had something different in his mind. He loved to enter in Public Life, and that opportunity he got after joining the BJP.

Being a worker, he focused on the public works at Surat city and district as well. After giving up the Constable Job, he played a pivotal role in the development of Surat by working for the development of Textiles and Diamond Industries in Surat, by making attempts for the vast development of Surat Airport for multiple flights with Air Connectivity to Surat with the rest parts of the country; and also for the initiative of International Flights from Surat to abroad.

In recent past, his human services were admired much in the difficult time of Covid-19, when he initiated Covid Care Centres across Gujarat with the help of the BJP Workers in the state. To ensure that the Remdesivir Injections could reach to the poor and needy people in the state, Mr. Patil did procurement of these injections, which were recommended for use in mild infections of Covid-19, directly from the Pharma Company and distributed them. However the opposition raised question about the distribution of the medical injections claiming they were without Pharma Lisense. Now this matter is sub-judice.

Also he faced two-three prohibition cases and a Co-operative Bank case against him, from which he was free.


His gesture of giving up the Gujarat Police Job opened a broad door to him, and he joined the BJP in 1989 in Surat, where he was assigned responsibilities as Surat City BJP Treasurer and then as the Vice President for Surat City BJP.

He was appointed as the Chairman of State PSU Gujarat Alkalies and Chemicals Limited (GACL) in 1998 by the Gujarat CM Mr. Keshubhai Patel, the then CM.

After joining BJP, he came close to Mr. Narendra Modi, who was State General Secretary that time of 1995.

C. R. Patil is the incumbent Member of Parliament of Navsari Constituency in South Gujarat. He was re-elected for Navsari in the 16th Lok Sabha Elections-2014 after he was selected by the then Chief Minister Mr. Narendra Modi when the New Constituency of Navsari was created for the Lok Sabha Elections-2009, and he gained the victory. But in 2014 Elections he created history by gaining the maximum votes in the State and third-highest winner in the Lok Sabha in the whole country defeating Mr. Maqsood Mirza of INC.

Mr. Patil is the first MP in India to obtain ISO Certificate 9001:2015 for office. His office was awarded this prestige for the best management system along with the monitoring and administering the public services for the constituency of Navsari in South Gujarat.

Not only that, he also won the 2019 Lok Sabha Elections with a record margin of 6.89 lakh votes in his 3rd consecutive victory.

The BJP foresaw something difficult in 2017 Assembly Elections, and Mr. Patil had managed all the 16 Surat City and District seats to win.

On the other hand, Mr. Patil is a key-link between his Party and textile-diamond industries, which are always a big fund-raiser for the Party.

Be it his winning with a great margin in the entire nation, or his public works with the ground level even with a minor worker of the party, all his devotion was considered by the high command in the New Delhi; which gained him a big responsibility as the Party Chief in the Gujarat BJP.


THE LEADER WITH LIABILITY:


Mr. Patil gained not only votes from voters but also the trust of the party. As a result, the leaders in his party BJP assigned him trustworthy jobs. Present Prime Minister Mr. Narendra Modi handed over him the responsibility of his adopted village of Jayapur village near Varanasi.


A very less-speaking leader, Mr. Patil is still active in Gujarat BJP, with a smiling face. His work procedure with more interest divides him from others. People, including a very minor voter, knows him as a ‘very easy approachable leader’, even after being on the very VIP position as BJP State Chief in Gujarat State. He listens to every person who approaches to him for any work. Also he keeps in touch with the workers in the state, not only during the time of elections, but also at the common times as well.

Mr. Patil has used technology to push development works in his constituency and always he is in touch with the common man and groups of voters.

The Prime Minister Mr. Narendra Modi represents also the Lok Sabha Constituency of Varanasi in Uttar Pradesh, for which he has given responsibility of developmental works to Mr. C.R. Patil. 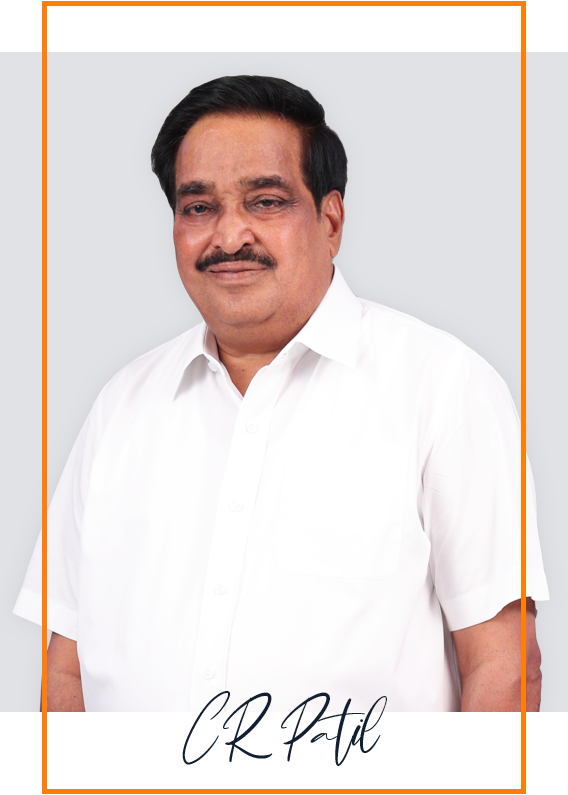 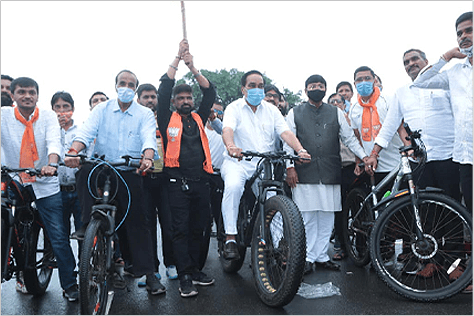 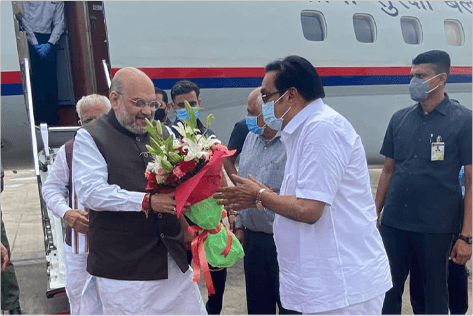 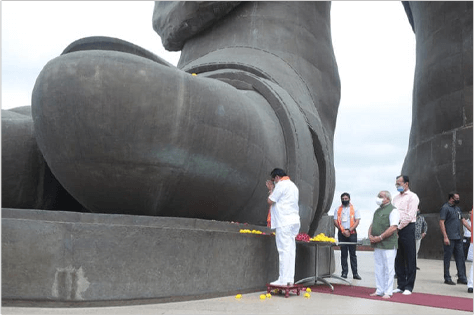 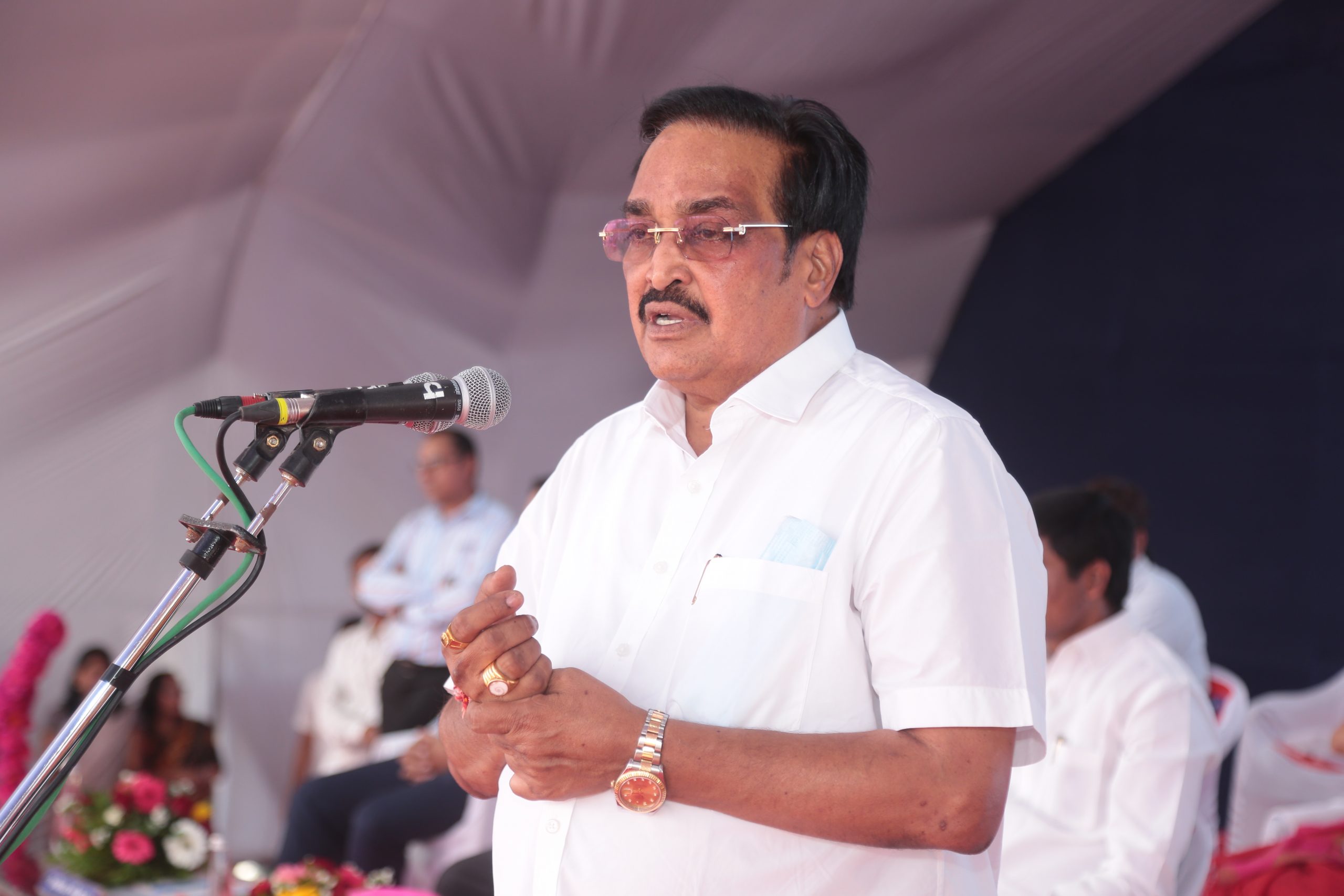 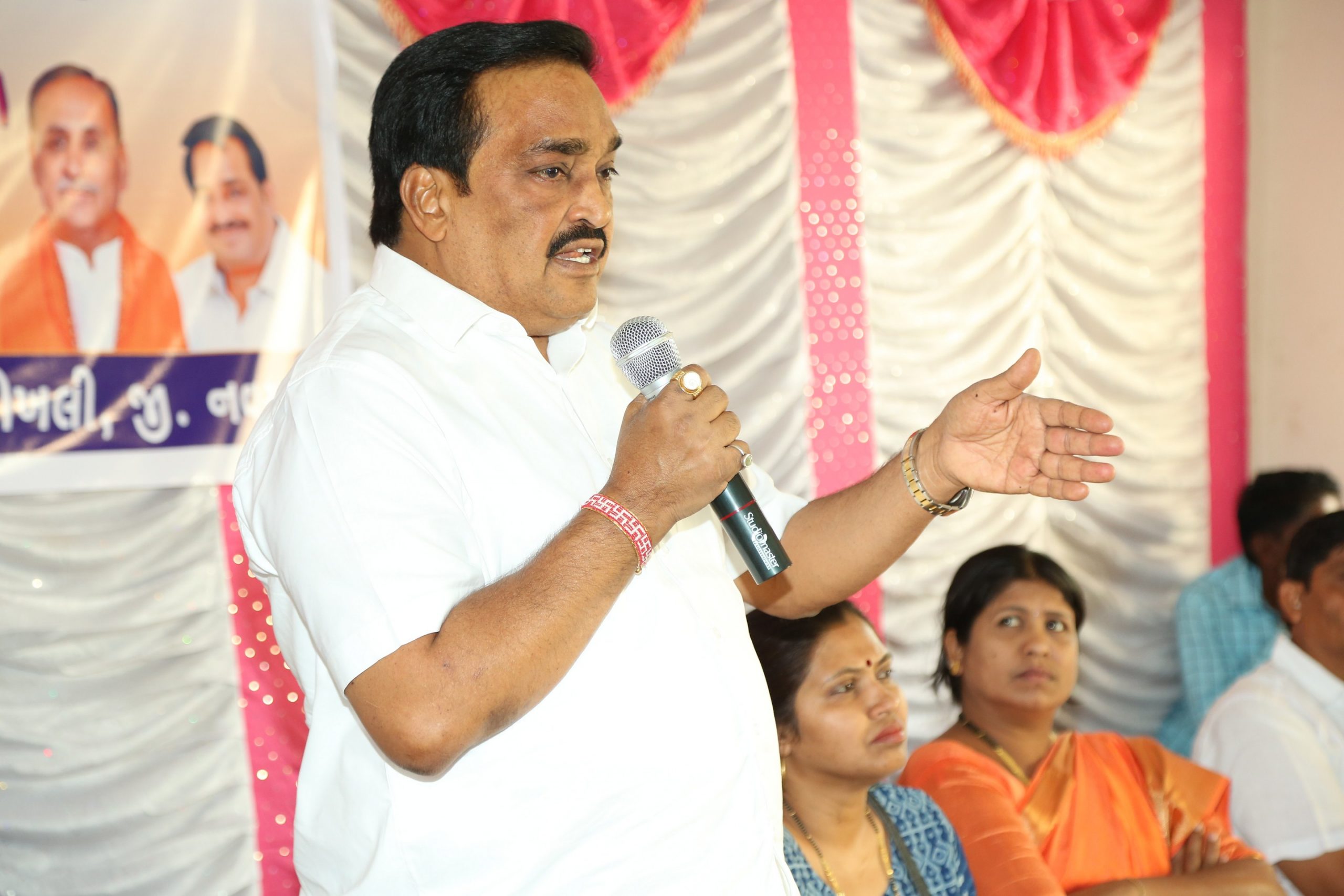 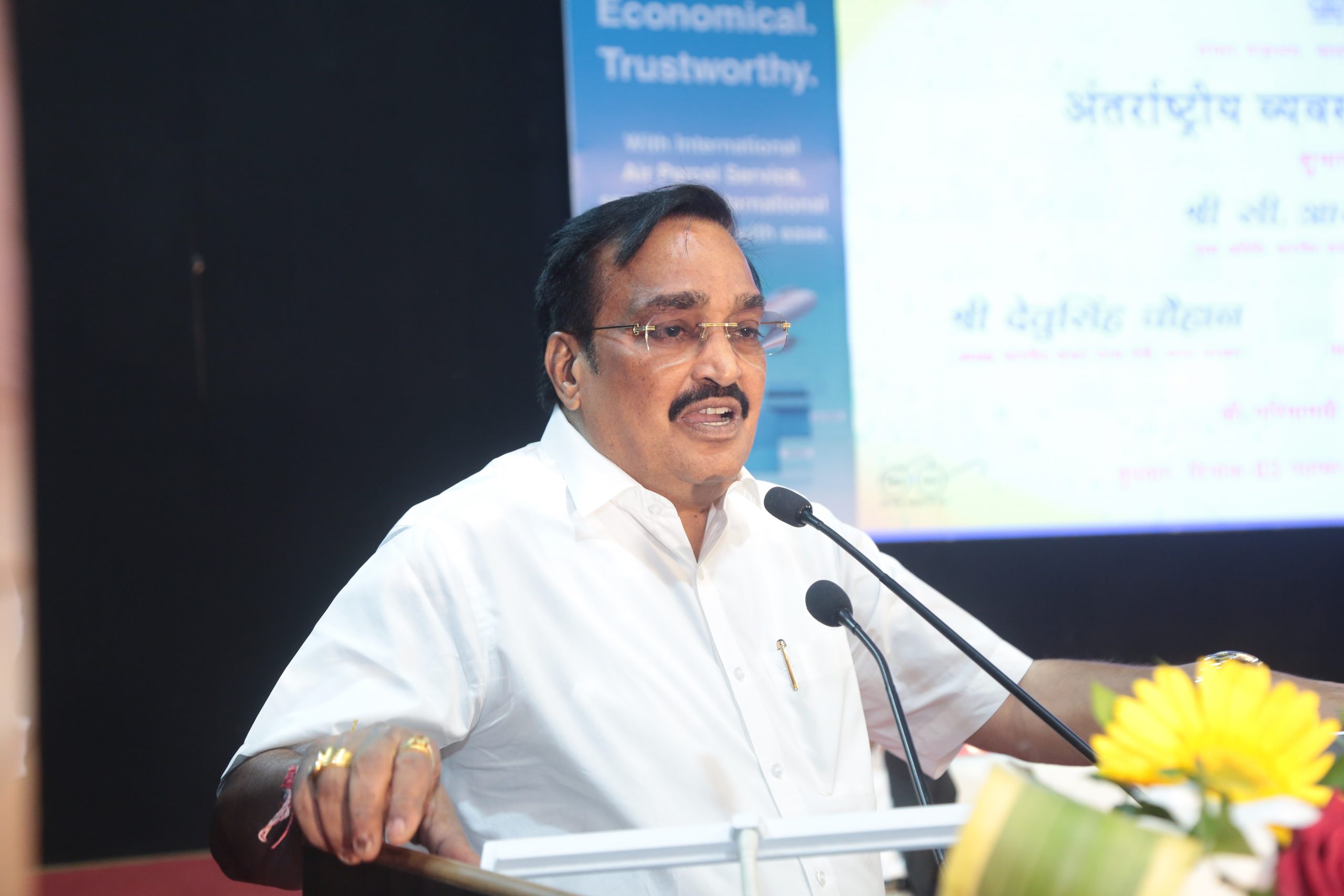 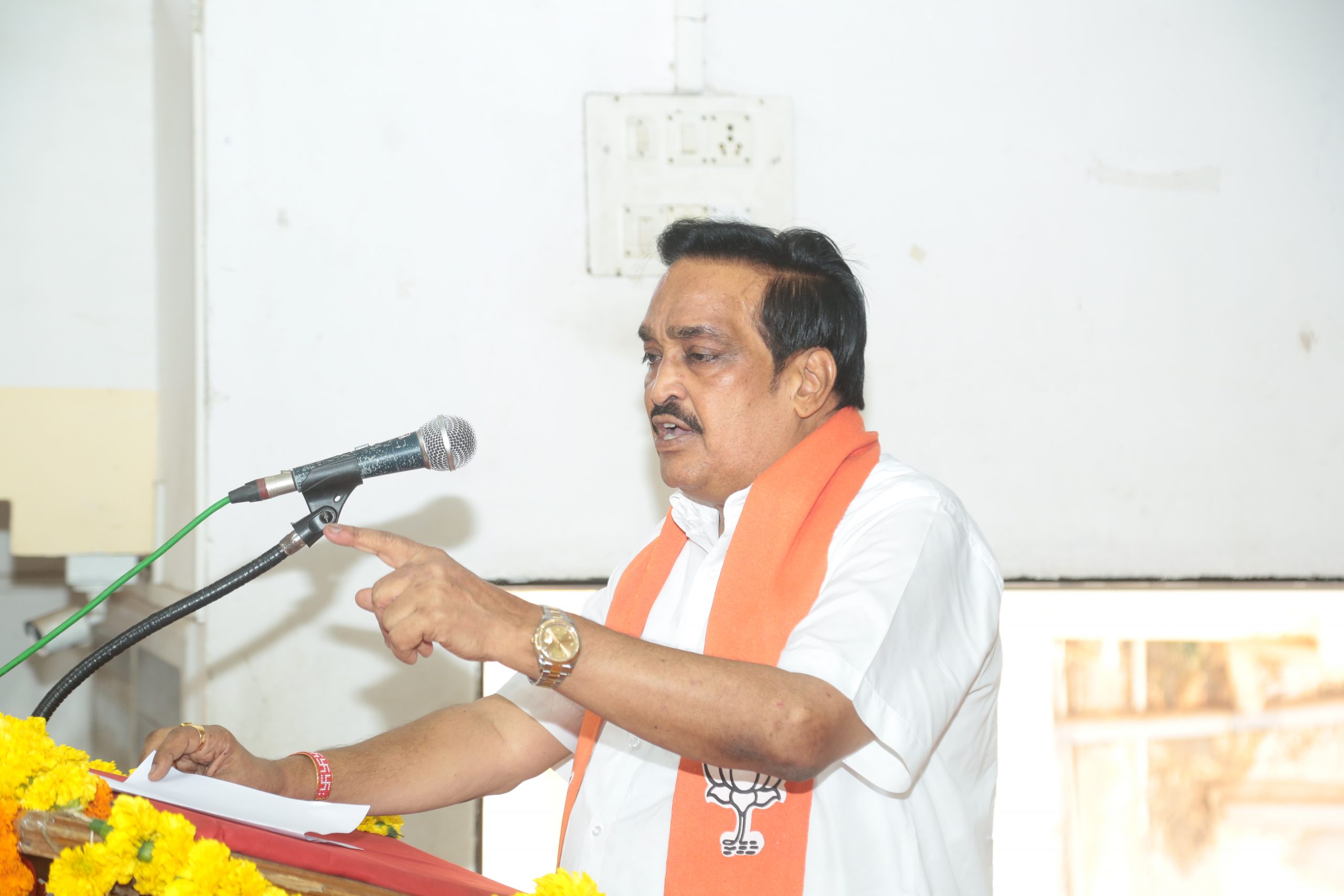 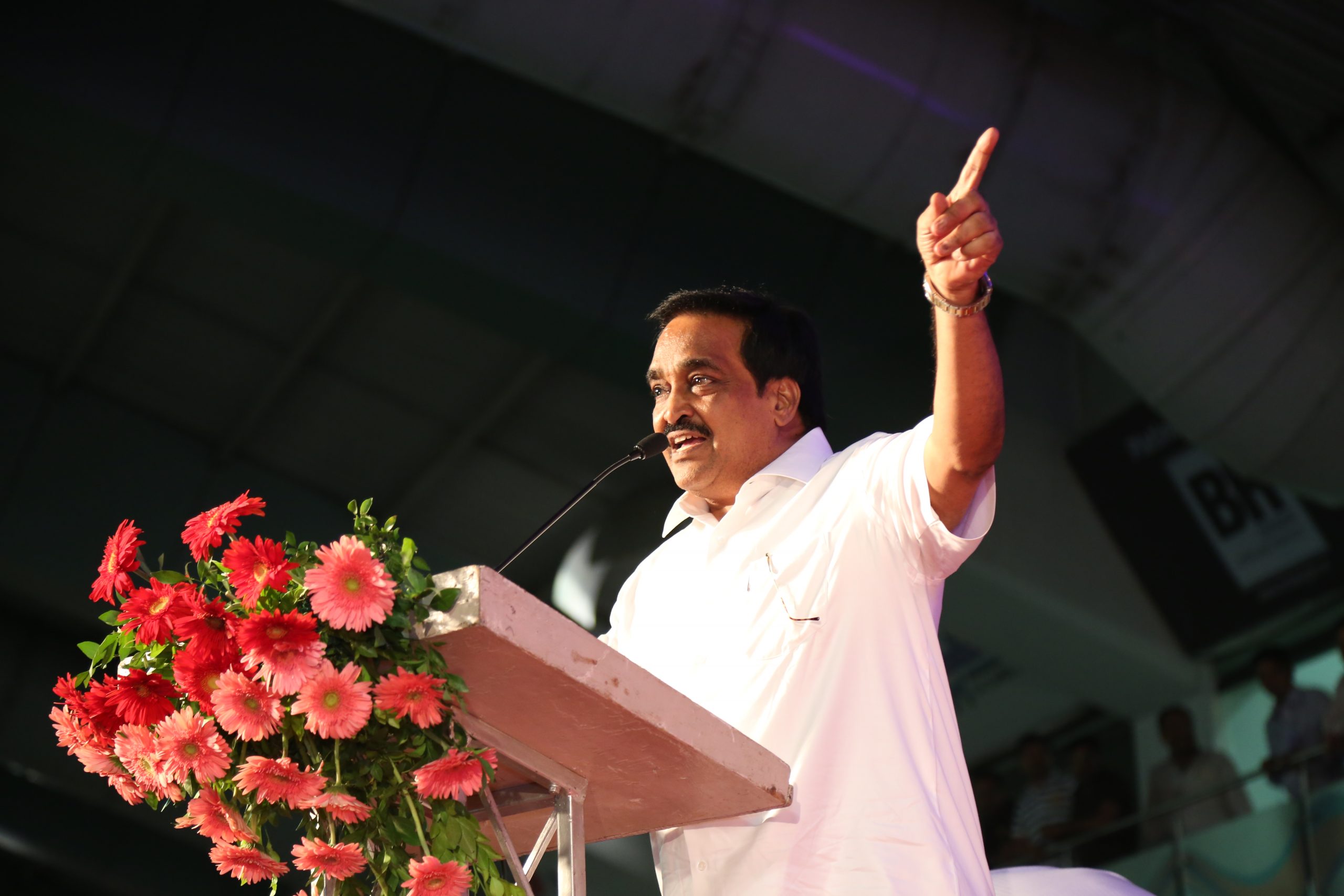 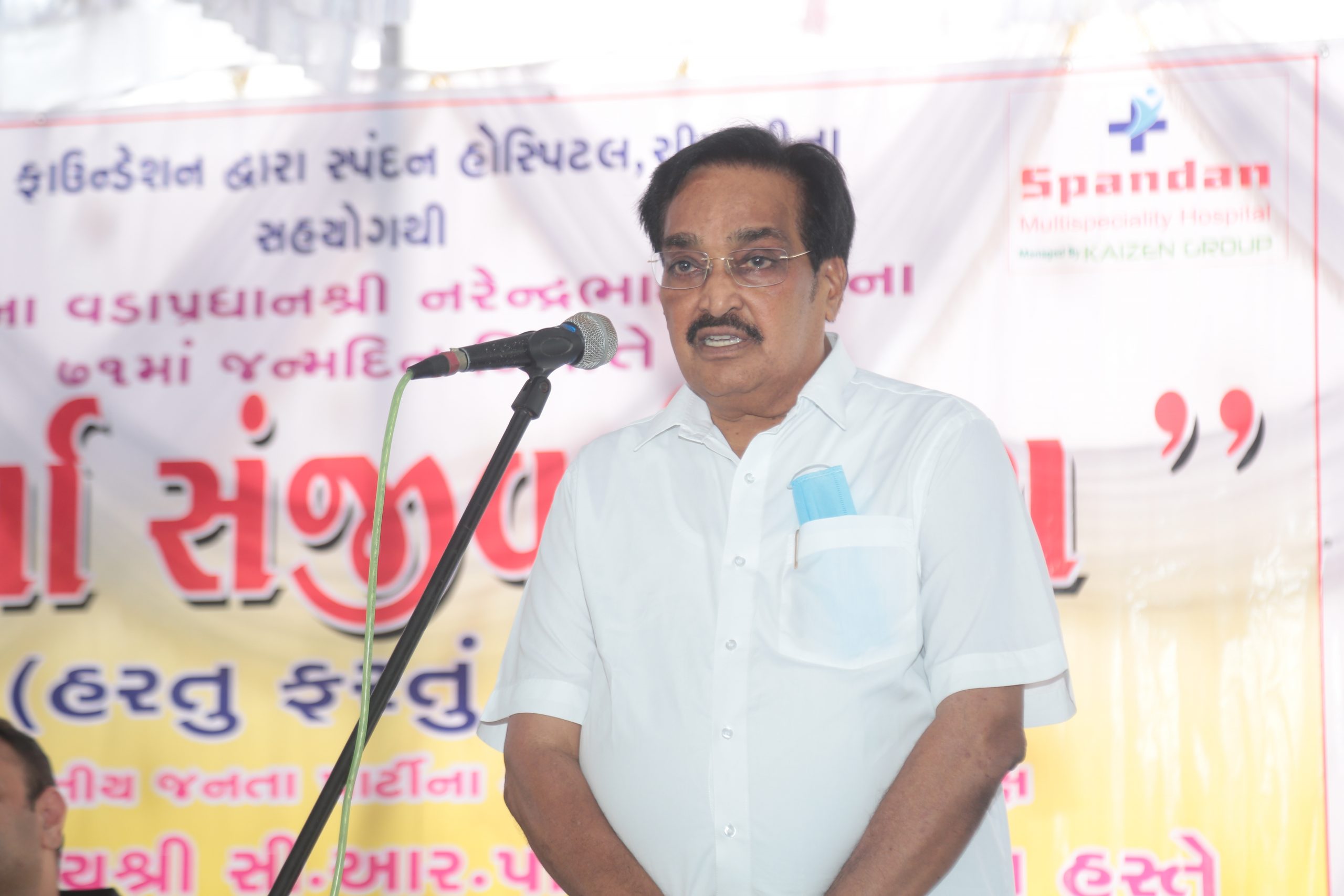 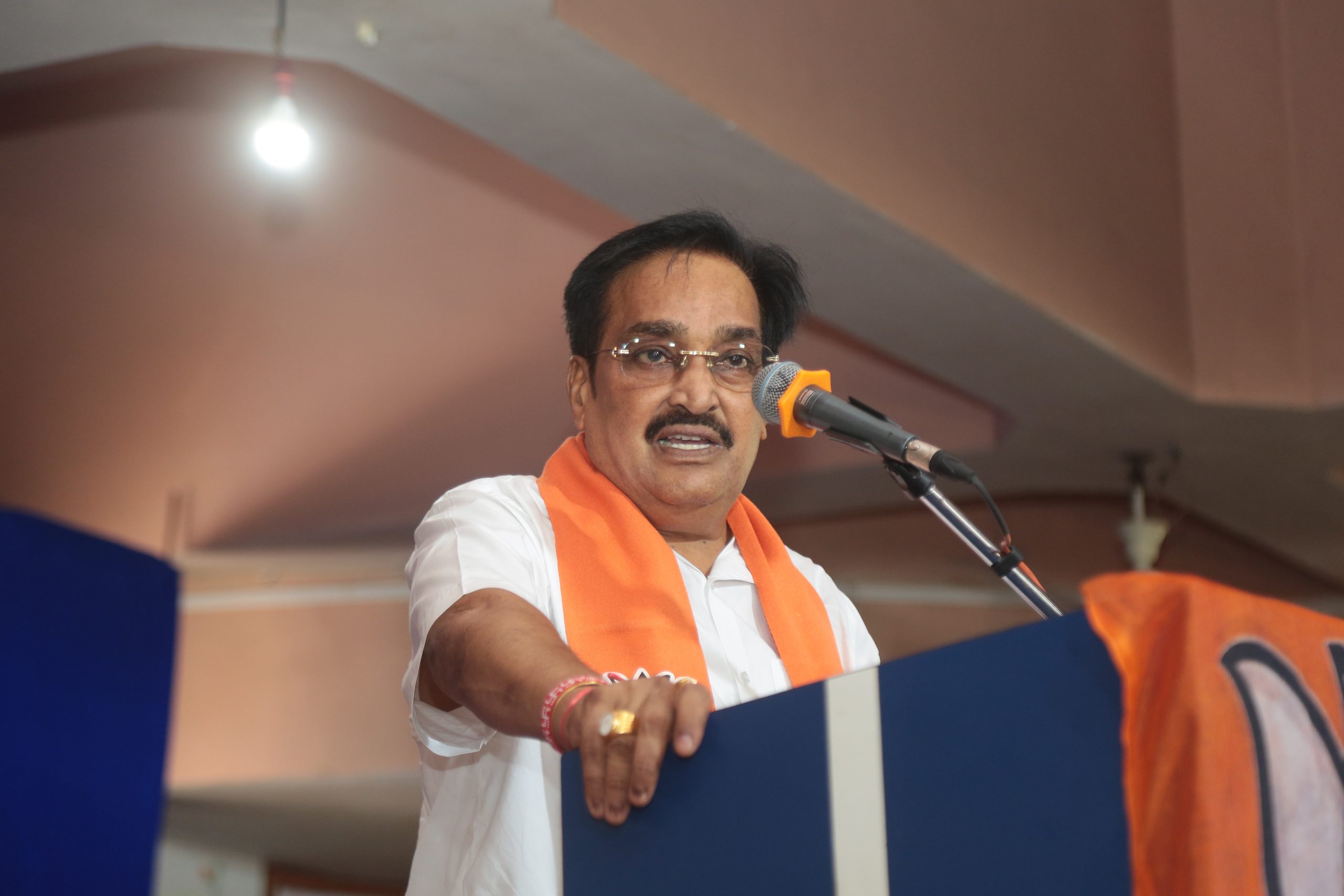 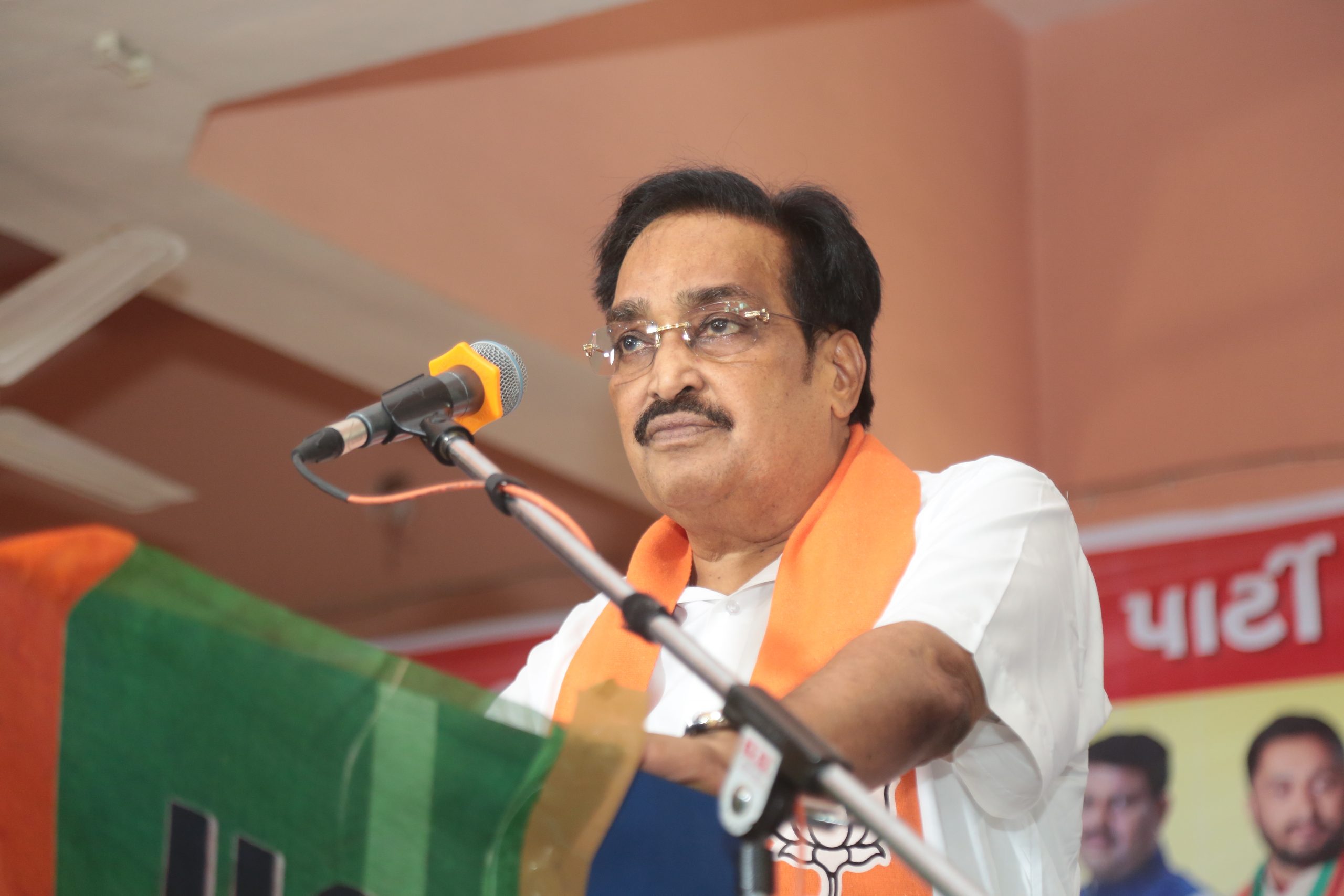 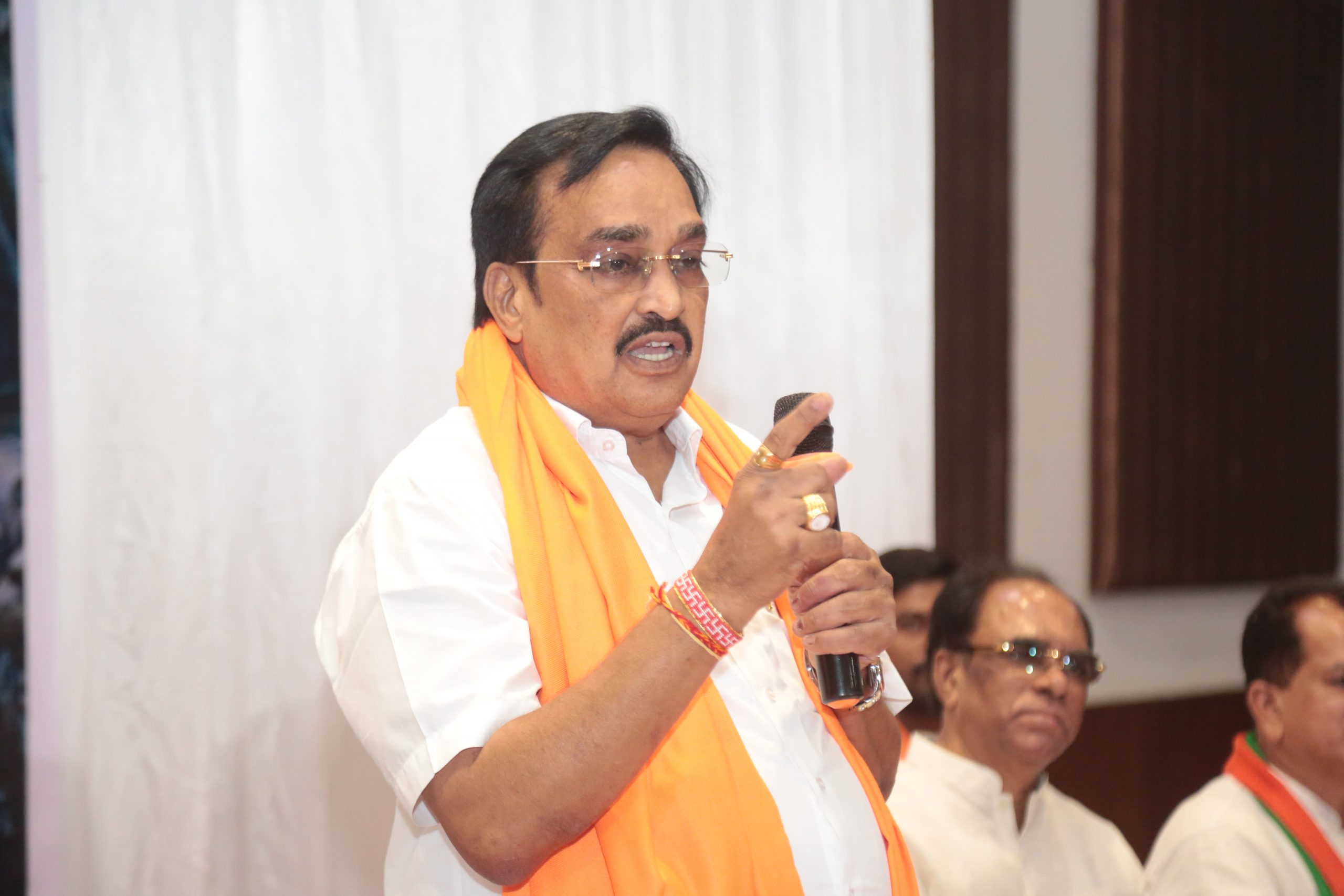 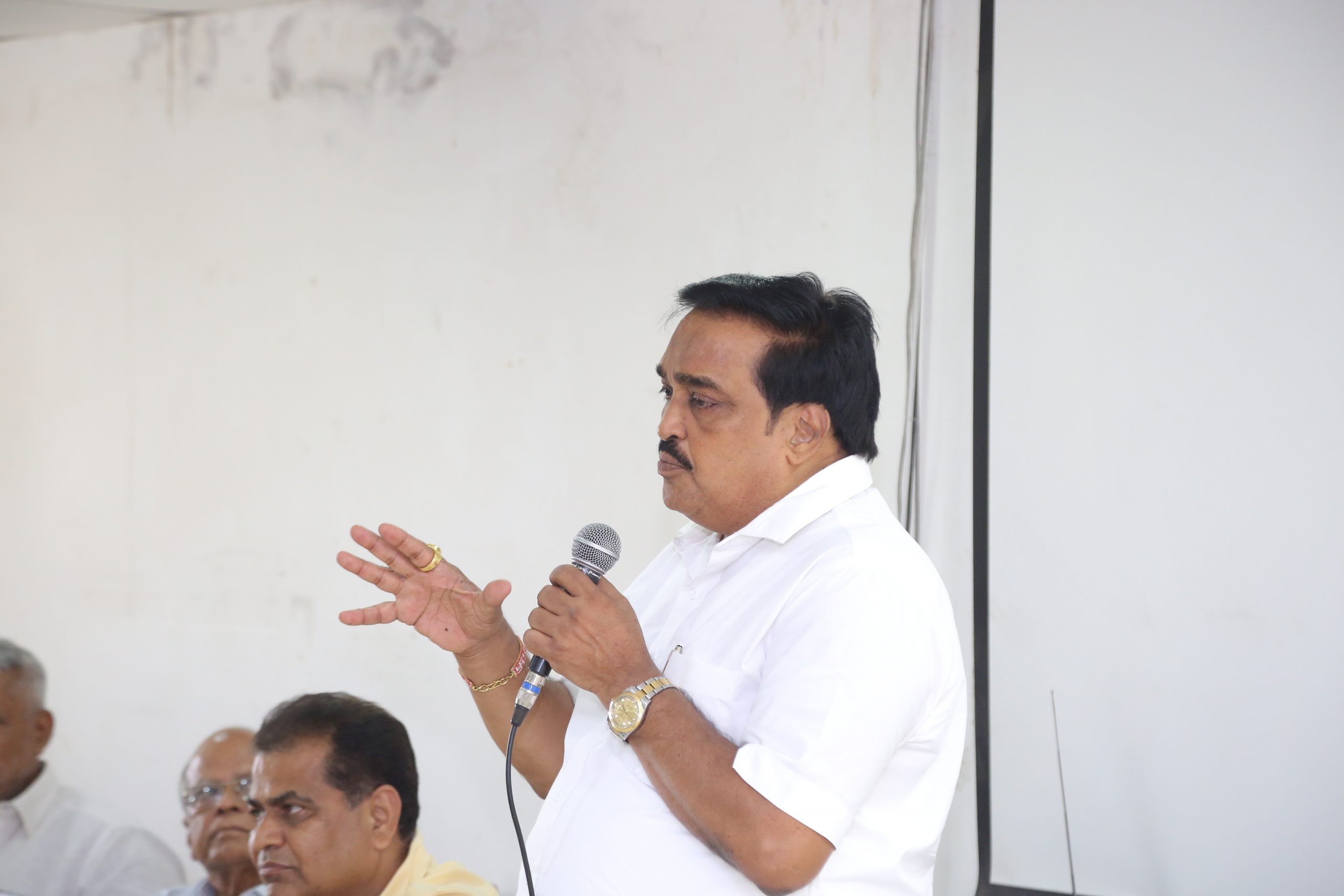 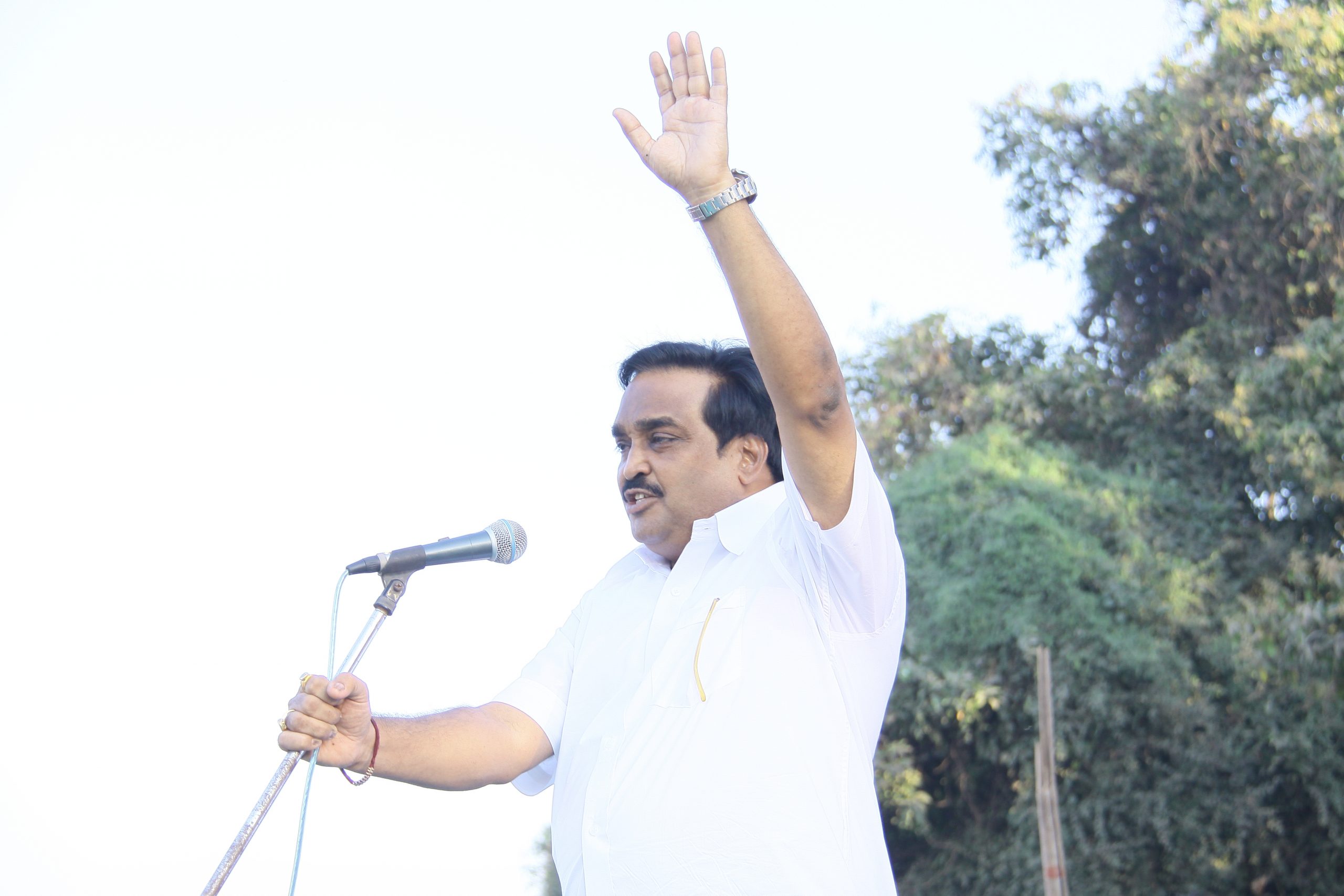 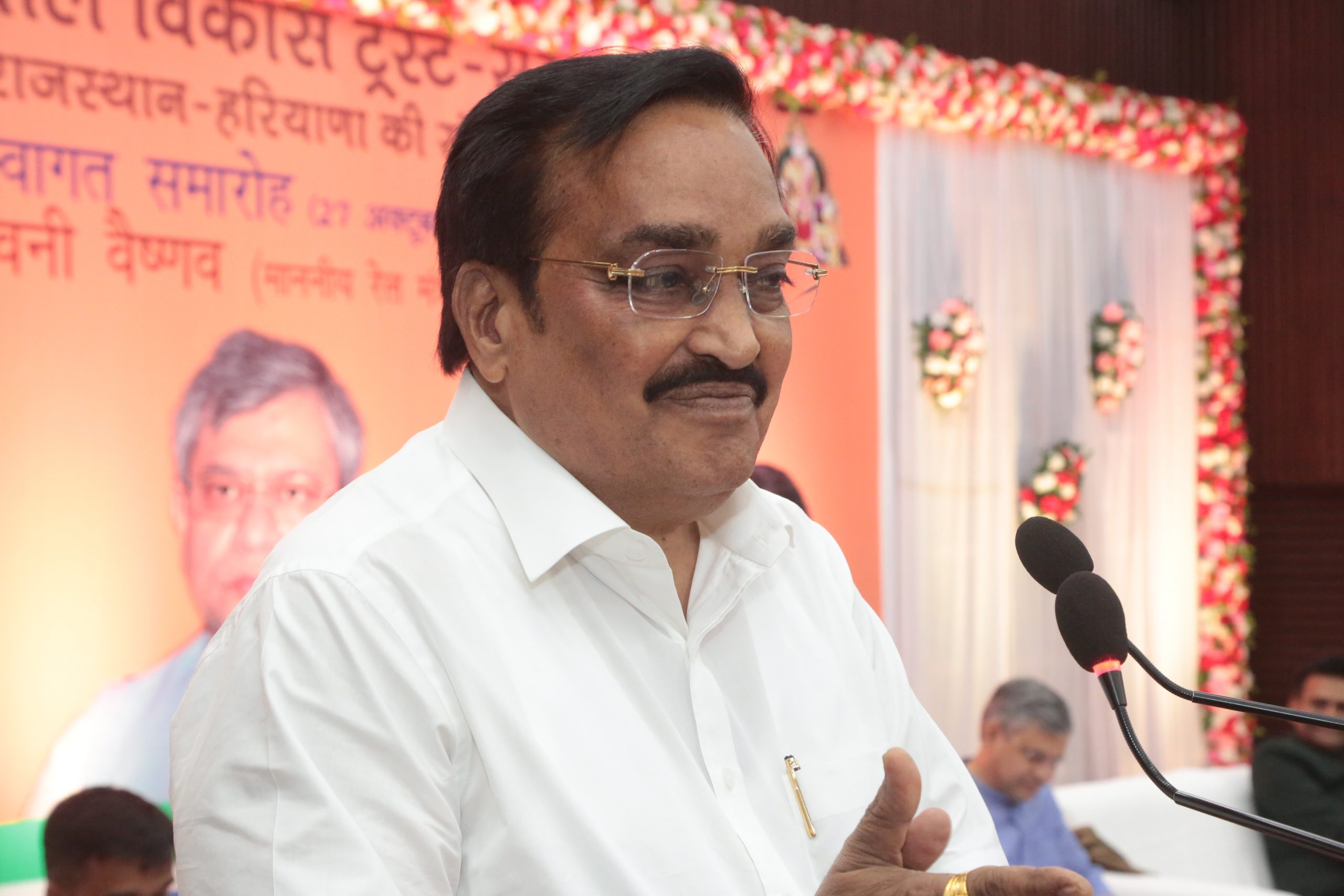 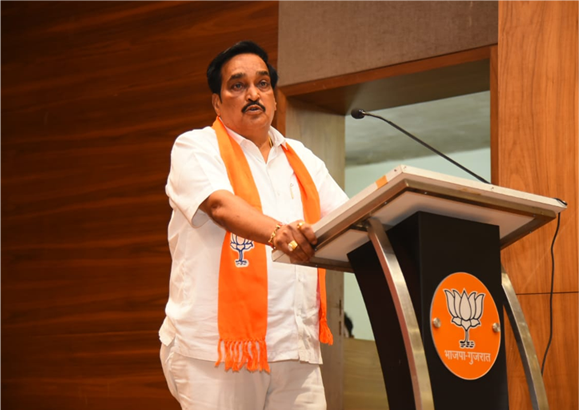 Whatever position we may rise but national movement or development is necessary for Nation building. 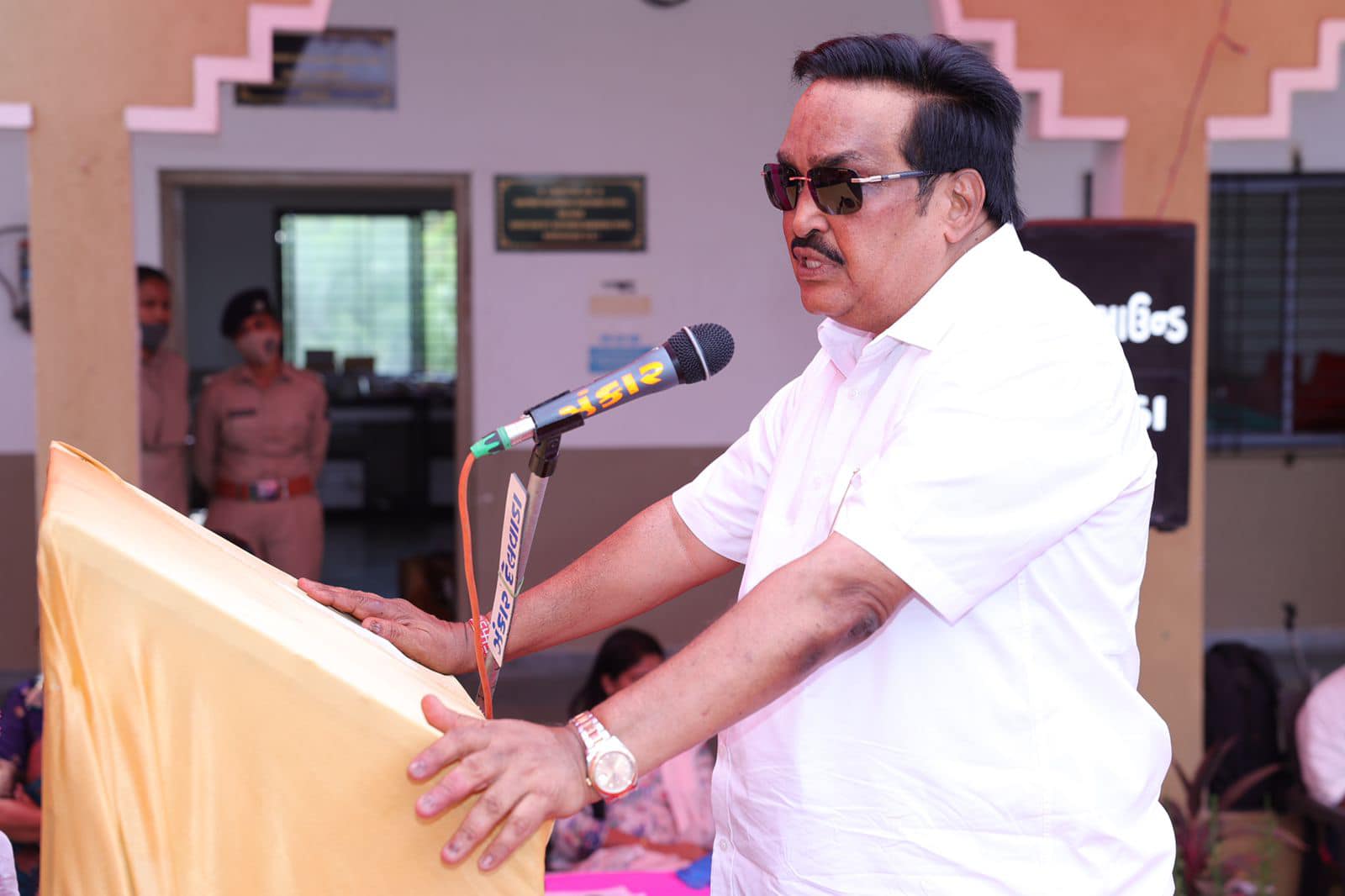 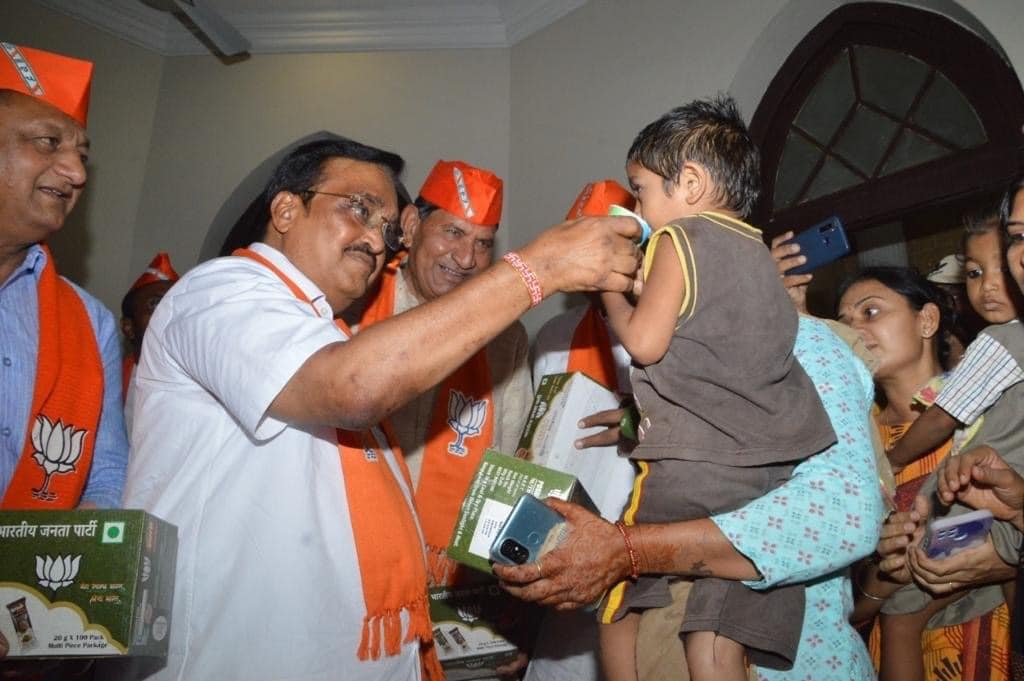 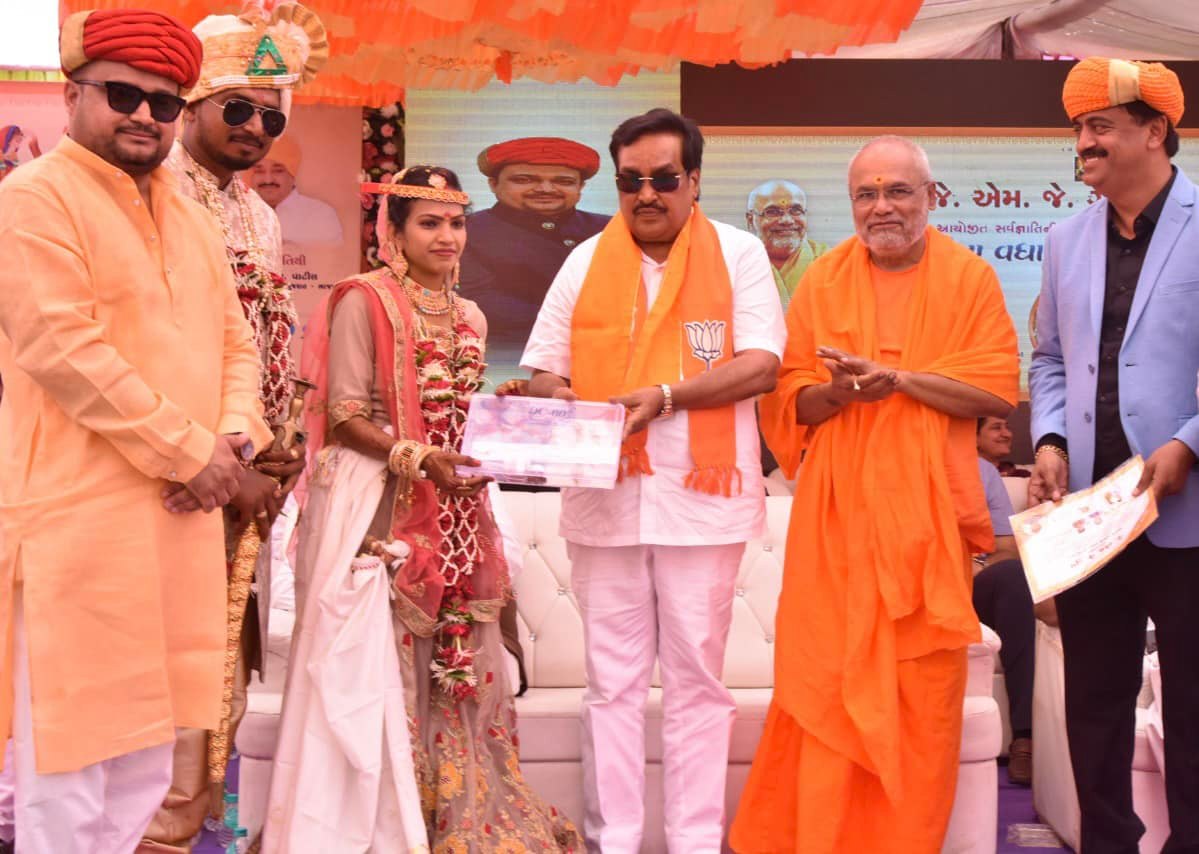